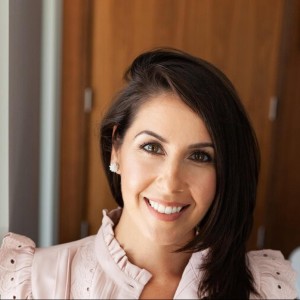 How one leaders gamble was the best bet she made

Feeling stuck sucks. Believing you’re stuck is even worse. The difference between the two is one see’s possibilities and the other doesn’t. I often hear leaders ‘shoulding’ all over themselves it robs them of making choices that come from wanting to do something.

It’s a classic sign of a leader, who is wrapped up in the cultural definition of what leadership looks like, that their authenticity is compromised.

They’re too busy trying to fit the mold of what leaders are supposed to do, that it forgoes what they want to do.

Anything from allowing more of their personality to shine through.

Taking more risks for fear of being rejected or judged.

And the struggle is real.

Recently, I had one of my clients make the bold decision to make a career move. Not just any career move, but one that would have her stepping into a higher level of leadership, be part of a new network, new clients, new team and reporting into a new leader.

One that was a pretty big gamble (according to her) and, since she was betting on herself, it was the safest bet she could make.

She trusted herself. Finally. As a leader, she didn’t give a shit what other people thought.

A 7-year itch in a position provided her comfort, growth and strong relationships. For some, it may seem like a long time to be in a role but for this one leader, it was worth staying in – until it wasn’t.

It provided security, stability and safety. The known was well known. As a leader, she thought she had taken a few risks over the last 7 years, but nothing compared to the one she finally made.

The gamble that had her making the biggest bet she’d ever make in her career to date.

As a leader, it was long overdue to take a leap into a new venture. A new direction. A new opportunity that would expand her.

One that would stretch her, challenge her and offer growth for the next chapter of her career. There are plenty of reasons why people leave jobs and make career transitions. Equally, people make choices to stay in positions longer than they should.

Whatever the choices are, choosing to stay somewhere when you want to leave IS still a choice. Fear kept her stuck longer than she cared to admit, along with limiting beliefs of what she was capable of.

Her career, in other words, was on cruise control with no excitement, no real growth and kept her playing small.

She considered herself a high achiever, but her actions weren’t showing it.

We worked together exploring her options, diving into what was keeping her stuck until she finally came to a breakthrough that had her making the jump. She was ready.

It wasn’t about figuring what to do next – that part was easy. It was about what was holding her back for so long. She had reached a point where her spirit was screaming at her to move and do something!

Her heart couldn’t bare any longer staying in the safety zone she had outgrown. Her time to move had come.

The leap to something bigger and better also gave her courage to ask for more.

More feedback (yes, even as a leader – she valued it)

It’s like her world opened up and she was asking for it all.

That’s what happens when you finally put yourself first. You ask for what you want. You do what you want. There’s no more should’s, no more supposed to and definitely no more, have to’s.

It’s possible. It’s within reach and you can go after what you want too.

Leadership isn’t a one-size-fits-all and it definitely does not ask you to leave who you are at the door, including those corporate doors we’re all familiar with.

Yes, our work culture has shaped the belief that much of what is considered taboo in the workplace is unprofessional or doesn’t belong and it’s also dated and limiting.

No matter how far up the rank you are on your journey as a leader, you will always be put on notice when you’re feeding into cultural pressures going against what you want to do, regardless if it’s the role you play at work or doing a job you loathe.

Your body will eventually catch up.

Your heart will feel it.

Your mind won’t turn off.

And the people around you? Yes, they will eventually notice something (or rather someone) is off.

Maybe you don’t like gambling or you’re not much of a risk-taker, but the best leaders know that they always win when they bet on themselves.

Change doesn’t have to happen overnight or all at once. As Martha Beck, author of The Way of Integrity, Finding the Path to your True Self says, there’s power in one-degree turns.

If there’s a move you want to make, you’re feeling off track or dissatisfied with where you are, what’s one small step you can take today?

That one-degree turn may just be enough for now.

Processing…
Success! You're on the list.
Whoops! There was an error and we couldn't process your subscription. Please reload the page and try again.

For more creative insights, check out the latest posts below:

Lisa De Nicola is an Intuitive Leadership Coach and a Corporate Magic Maker (a Trusted Advisor who believes in Magic) dedicated to helping businesses bring out the essence of their biggest resource - their people. She coaches bold leaders to help them become the Director of their life so they can do business and life on their terms. With 15 + years of corporate experience working in the world of talent for multi-national, global organizations, Lisa shares her knowledge, spiritual tools, practices and business insights to leaders looking to transform the way they lead from the inside out. 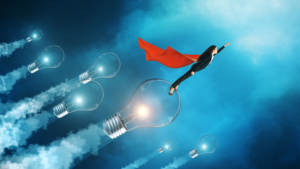 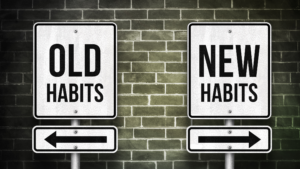 3 habits to drop and lead in new ways 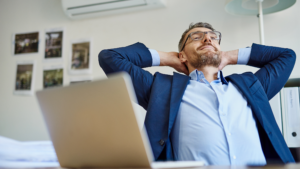 Your answer isn’t in a new job, try this instead